Lindelani Stefaan Singo was born on the 18 May 1967. He is currently the principal of Yeoville Boys Primary school in Johannesburg.

After passing matric in 1987, he attended the Makhado College of Education where he completed his Secondary Teachers Diploma in 1991. In 1992, Lindelani began his teaching career at Kwadukathole Comprehensive school. Thereafter, he taught at Itemogele Primary school from June 1994. Five years later, he was promoted to the position of HOD of Math and Science at the very same school.

Lindelani then moved to Yeoville Boys School in 2006, where he took up the position of Deputy Principal. In 2009, he was offered the opportunity to lead the school as Principal, after acting in this position for one school term.

After completing his Advanced Certificate in Education, he decided to enrol for an honours in 2013. Around this time, he was diagnosed with type 2 diabetes and his eyesight was negatively affected. Unfortunately, he could not continue his studies.

Lindelani joined the PfP programme in 2011, describing the experience as life altering in many ways. Today, he regards himself more as a CEO rather than just a principal.

As a very energetic, focused and goal orientated individual, his aim is to make a difference in the space he occupies and add value to whomever he crosses paths with.

Sharna Fernandez is the Speaker of the Western Cape Provincial Parliament and the Constituency Head of the Athlone 1 region in the Metro.

Ms Fernandez has served a thirty year career working in three of the South Africa’s four big banks. She served as a Regional Manager, Sales and Service Director and acting General Manager.

In 2009 she was struck down with the H1N1 virus which followed a recovery period of two years. Once she regained her strength, Fernandez started doing community work. She became actively involved in civic matters and participated in various community structures before joining the Democratic Alliance in 2011.

Ms Fernandez has recently completed the first Political Development Programme. The Professional Certificate in Parliamentary Affairs in London in 2014. She has a Graduate Certificate in Governance and Public Leadership from WITS and has completed various short courses over the last year, including Part 1 Contracting, Flawless Consulting Skills.

Her personal values are deeply entrenched and focused on principled leadership, good governance, honesty, integrity and living a life of purpose. She remains committed to improving the plight of the poor and has a passion for reading and education.

Ms Fernandez has volunteered her services with Partners for Possibilities as a business leader to Square Hill Primary school, which she has attended some 50 years ago.

Ashnie Muthusamy is presently the Group Manager in Talent Management for Sun International. Ashnie has a Honours Degree in Psychology, a Masters Diploma in HR Management  and, a Masters Degree in Leadership. She is a master practitioner in Neurolinguistics programming (NLP). She is a registered counsellor in Psychometry with the HPCSA. For the last 20 years she has worked in many large organisations in various group HR roles working in the field of Talent Management. She is passionate about education and is proud to have been a Partner for Possibility. She is also the author of the book Succession Management Definite Do’s and detrimental Don’ts.

Anelisa Ndabula studied at the Cape Peninsula University of Technology for 4 years. She obtained a National Diploma in Financial Accounting and BTech in Taxation. Anelisa is a fun loving person who loves meeting new people. She is a sports enthusiast and enjoys cooking in her spare time

Zah’Rah Khan complements the communications team as a copywriter.

Her keen interest in politics, governance and research, coupled with the desire to attain professionalism in law and the practice of law, saw her take the distance learning route to the UK and garner credits from the National Council for the Training of Journalists for Public Affairs and Media Law initially and latterly achieve the status of Associate of the Chartered Institute of Legal Executives (ACILEx).

She has had internship stints at two well known legal NGOs, the Legal Resources Centre and Section27, and blog posts she wrote pertaining to education rights have been published by online education resource EduInfoAfrica.

Tracey Swanepoel is the author of The Leadership Riptide and How to Escape (chosen by the SABPP as one of their top 5 leadership books). She is a Henley Business School MBA graduate and founder of THINKspiration, a specialist consultancy which focuses on developing leaders and helping them to get their corporate strategy understood by equipping them with innovative, practical tools and skills.

Priscilla S. Daniels is the director of the Community Engagement Unit since 2010, and is responsible for facilitating and coordinating community engagement activities at UWC.  Prior to this she was managed the Community Higher Education Services Partnership at UWC and was the Chairperson of the Department of Human Ecology and Dietetics.  She currently serves as an Executive Board member of the South African Higher Education Community Engagement Forum.
Professor Daniels completed her MSc at Cornell University in the US in 1991 and prior to that completed several degrees at the University of Western Cape.  Prior to her involvement in community engagement and service-learning, teaching and research in the area of family studies and management were key areas of interest and she has always employed experiential learning methods.
Prof. Daniels has a passion for mentoring and engaging in staff development and she has authored various articles in this area.  She has published extensively and also presented at numerous conferences in the fields of service-learning, education, human ecology and family development. 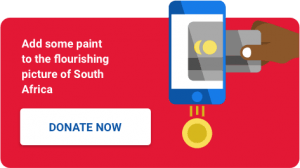